The first month after your baby arrives is always a stressful time.  Yes, your ecstatic your new bundle of joy is here.  You’ve been waiting for this moment.  Nine long months.  Now what?

The hospital stay is over.  No more nurses to call in to help 24/7.  That joy turns to outright fear.  You’re on your own now.  Responsible for another human who is 100% helpless.

It’s not as bad as you think.

Yes, you have reason to be scared and worried.  For that matter, from now on you most likely always will have that fear.  Your child is your child.  No matter how old they get.  It’s hard, and outright tiresome.

Now for the Honest Truth

When we brought our daughter home we felt the same way.  The hospital stay included an emergency C-section and an extended stay.  I can’t say enough good things about the nurses we had working with us.  They were awesome.  Professional, caring and showed the true character of the people they are.  When it came time to leave it was nice to be out and on our way home, but bittersweet at the same time.

*Sleep Whenever You Can

Some babies sleep well.  Others NOT so much!  Our daughter took several weeks to get on the right schedule.  She would rather sleep the majority of the day, and quite the night owl!  After the first month things began to become easier and she began sleeping at night for longer periods of time.  Learn to catch a nap whenever you’re able too.  It won’t last long but getting rest when the baby does will make your life much more enjoyable the first few weeks.

Stock Up on the Essentials

Diapers are one of those necessities you just can’t live without, and you will use way more than you ever thought possible.  Be sure to stock up ahead of time so you don’t run out, otherwise you will find yourself with quite a mess, literally!

Some moms breastfeed, and some don’t.  The decision to do either is solely a choice you have to make yourself.  If you’re on the fence about what option to take it’s best to talk with your doctor and your baby’s pediatrician.  If you decide to bottle feed with formula be sure to keep plenty on hand.  We found that even though we used a common formula that was carried by multiple stores, when one was out of stock, they all seemed to be.

Finding someone to watch your new bundle may seem an easy task.

Everyone loves a new baby, right?

While it may seem you have plenty of family and friends that offer to babysit for you, it can be quite a challenge to find a full-time daycare that will accept a newborn on a daily basis.

Most states have regulations that limit the number of children under two years of age that a center or daycare can legally watch.

We searched for months and were turned away nearly every place we found do to being full.

We ended up having my sister-n-law watch her after it was time to return to work.  Had it not been for her, we would have been in a real pickle!

You DON’T NEED to Buy Everything

Every blog, magazine, TV show, etc. will have a long list of “stuff” you “need”.  Truth is you won’t use the majority of it and it just ends up taking up valuable living space before you eventually decide to get rid of it.  The first month we used:

– a bassinet beside our bed for our daughter to sleep in

– a small infant bathtub that sat in our tub

-several boppy pillows (which you can find free from several websites)

We had finished turning our spare bedroom into a nursery with a crib and everything everyone old us we would need and we never did use.

The first month our daughter never used the crib at all.

Having everything might seem a necessity at first when you’re in the planning stages, especially with your first child, but once your new arrival gets here you’ll find you won’t use nearly what you thought you would.

We bought very few clothes ourselves, which I’m glad we didn’t.

Everybody gave us so many little outfits (everyone likes buying for a newborn).

The only problem with tons of tiny clothes, your baby outgrows them FAST.  We ended up with so many clothes that she was never able to wear.

Luckily we hadn’t removed all the tags from gifts that we were able to exchange some and sell some on eBay later.

No one thinks of buying larger outfits as they only tend to think of the here and now.

While the first month can be a trying time.  Full of happiness and outright fear, it’s not the end of the world.

Babies have been being born and raised for thousands of years.  You’re not the first and won’t be the last in the same position.

It takes patience, more than you can imagine and you will have to learn no doubt but, it’s not rocket science.  Once your newborn is here and you both learn your new normal routines, you’ll soon forget what is was like before they were here. 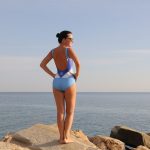 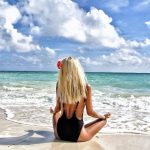 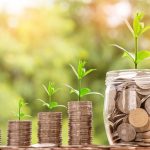